Type and structure of plastic greenhouse
The condition of reception of light in the small arched shed is related to the type of old and new plastic film, degree of pollution, number of trapped water drops and type of shed and direction of extension of the shed.
Light intensity: good light transmission performance, usually light transmission in the small shed in spring is not less than 50% of the intensity of natural light.
Distribution of light: The closer the film is poured in the vertical direction, the stronger the light will be. Due to the small height and the small span of the shed, the internal distribution of light is relatively uniform.

Temperature: The temperature changes dramatically due to outside influences, and the temperature difference between the seasons and the day and night is large.
Under normal conditions, the capacity to increase the temperature of the small warehouse in winter and in spring is only 3-6 $8.451; and the temperature of the small shed covered with grass straw may be increased in more than 2'-8451; and the ability to increase temperature can reach 5-8'-8451;.
In summer, the maximum temperature of the shed can be 15-20o C higher than the outdoors, which can cause risks of high temperatures, so attention should be paid to ventilation and cooling.
Soil temperature: The soil temperature changes relatively uniformly, usually 5-6th C higher than on open ground.
The watertightness of the plastic film is better, after the small arc shed is covered with the film, the water vapor lost by the evaporation of the soil and the sweating of the crop hardly leaves the shed, resulting in high humidity in the shed. In general, relative humidity in the shed can reach 70%-100%; At the same time, the evaporated water vapour accumulates in the warehouse film and flows along the film to both sides, which often causes soil moisture on both sides to be very high, resulting in an unequal distribution of soil moisture.
The moisture of the air in the small arch shed has a relatively large daily variation. Relative humidity during the day is usually 40%60 and is higher than 90% at night.

We provide different greenhouse equipment to promote the efficient use of greenhouses. Such as cooling systems, irrigation systems, hydroponic systems, shading systems and ventilation systems. You can choose according to your weather condition. 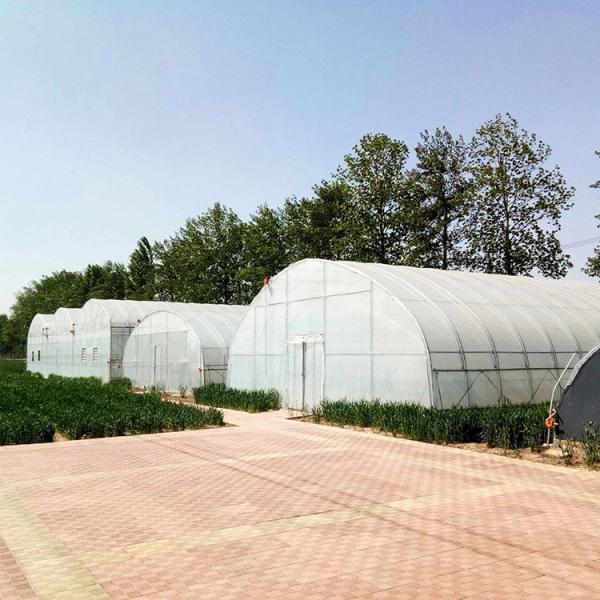 Send your message to this supplier
You May Like
Find Similar Products By Category:
Agricultural Waste
Hot Searches:
Inquiry Cart 0
Contact Us
Inquiry Cart
Back To Top

Thank you! Your message has been sent to the following suppliers.